The idle air control valve is located between the 3 and 4 air intake header [ further away from front bumper ].

The function of this valve is to regulate the air into the air intake when the throttle flap is closed.

This allows air to still flow into the combustion chambers so maintain a certain idling RPM even when the throttle flap is closed...

If your idling is unstable, it may be because gunk and carbon might have built up around the walls and the electromagnetic flap, it is recommended to spray some carb cleaner into the 2 openings of the IACV.

It is also recommended to check if the microswitch is working properly by gently releasing squeezing the throttle linkage cable manually without affecting the throttle flap. This microwitch will energize the magnetic flap in the IACV to open or close to regulate air going into the combustion chamber. The RPM will then change if the microswitch and IACV is working properly. 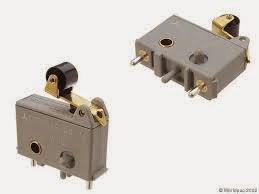 It is interesting to note that by permanently shorting the microswitch [ ie faking the idling condition to the engine constantly ], the w124 will still run as per normal.... But as the engine was not designed to function this manner, it will not be fuel economical and healthy for the engine for prolonged stress under this permanent idle position.


To test the microswitch, disconnect the cables and use a multimeter to test for continuity between pin 1 and pin 3, the circuit should be closed when the switch is depressed [ test by measuring resistance, closed ciruit will show some resistance value changes , open circuit will merely show a single digit of 1 on your multimeter ].

To test the IACV, connect center pin to ground and positive to pin 3 and change the positive to connect to pin 1, the flap inside the IACV should move. If it doesn't move, it's recommended to immerse the IACV overnight in some carb or gunk cleaner that is petroleum based. And if that doesn't help, it's time to change the IACV.