For most pre-1991 manufactured W124s, the fuel injection system on these engines are mostly using Bosch KE-Jetronic.

Though mostly mechanical in nature and lacking the feedback O2 sensor to correct the air/fuel mixture, it was considered sufficient in providing the control of the injection of fuel back in the days when fuel was still relatively cheap.

After 20 odd years, the KE Jetronic still delivers the fuel but probably not as efficient as there are several components in the KE Jetronic Fuel Delivery system that might have been overlooked by owners.

Rough starts, difficulty in starting, rough hot/cold idling, heavy petrol smell are all symptoms that the KE system needs to be looked at.

For more reading up on the KE-Jetronic System and its related components, click here! 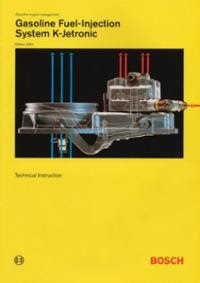